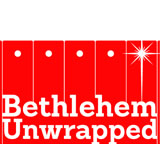 This Christmas, in celebration of the ‘little town of Bethlehem’, the Bethlehem Unwrapped festival will support Holy Land Trust’s unique work providing non-violence training for children, young people and adults. 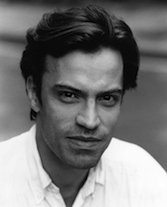 “I visited Bethlehem for the first time last year and came away profoundly inspired by the extraordinary peace-makers I met on both sides of the divide. In Bethlehem, a new cultural phenomenon is springing up, which Palestinians describe as ‘Beautiful Resistance’ – in art, music, dance and drama, street theatre and comedy – expressing their determination to resist injustice and to celebrate their hope for freedom in the seeming absence of all hope.  It’s my hope that the Bethlehem Unwrapped festival, with its amazing and eclectic line-up of artists and events, will give audiences here in the UK the chance to experience some of the hope of the people of Bethlehem this Christmas.” 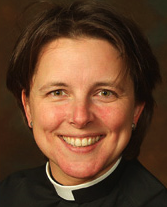 “St James’s Church welcomes you to Bethlehem Unwrapped 23rd December 2013 – 5th January 2014. At Christmas, we sing about the “little town of Bethlehem”.  This Christmas, we are hosting a festival celebrating the people of Bethlehem today and drawing attention to the Barrier that affects every aspect of daily life. The wall in our courtyard is a replica segment of the wall that surrounds Bethlehem. It is 8 metres tall because the real wall is 8 metres.  It obscures the view of this historic church because that is what has happened to Bethlehem’s holy sites and historic places.

In 2009, Patriarchs and Heads of Churches in Jerusalem issued a joint appeal to Christians throughout the world to understand and help to alleviate the desperate hardship the wall has caused.    It is a daily disaster for ordinary Palestinian families. In hosting this festival, St James’s Church joins the movement in Bethlehem known as “beautiful resistance”, celebrating the culture, music, food and humour of those who live behind the Wall.  St James’s stands in solidarity with the universal call for a just and sustainable solution for both Palestinians and Israelis. The stated aim of the wall at its inception in 2002 was to protect Israeli citizens from terrorism. St James’s Church opposes all forms of racism including anti-Semitism and supports the right of the State of Israel to exist with secure internationally recognised borders.

This wall is symbolic of walls all over the world that divide and confine peoples, restricting free movement and dominating the imagination of those who live behind them.  We believe that bridges not walls are the only lasting foundation for peace. On Sunday 5th January at the end of the festival, the eve of the Feast of the Epiphany, the Wall itself will be transformed into a symbol of peace and hope.

We join with people of all faiths in praying for the day when the Wall will come down.”

The ongoing situation in Israel and Palestine affects children and young people on both sides of the divide. Children and young people in Bethlehem deal with the impact of the occupation every day, whether it is playing in the shadow of a 9-metre high separation wall overlooked by armed watch towers or seeing their parents and grandparents being stopped, questioned and harassed by soldiers at checkpoints. These children grow up feeling traumatised and lack the hope and opportunity that should belong to all children.

The Holy Land Trust’s non-violence workshops provide local children with the techniques and skills they need to deal with their situation and living conditions. These sessions help them to rebuild their self-worth and recognise that they can respond to the occupation without violence and claim a future without fear.

“The most unhelpful thing you can do is be pro one side; it just adds to the conflict. We have to not only understand those people who are oppressing us, but try to walk in their shoes, and ultimately to really engage with what it means to love our enemies.”

Thanks – Heartfelt thanks to the clergy, wardens, PCC, staff & congregation of St James’s Piccadilly; to all our partner organisations –  Amos Trust, Holy Land Trust in Bethlehem, Interpal, ICAHD UK, Jews for Justice for Palestinians, P21 Gallery, Tipping Point North South, War on Want and Zaytoun CIC to Yotam Ottolenghi and Sami Tamimi, Fairtrade Parcel by Parcel wine and all our sponsors whose generous support has made Bethlehem Unwrapped possible.

Amos Trust, a human rights organisation (reg.charity 292592) based in London, is the UK partner of Holy Land Trust.