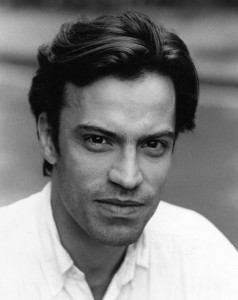 The Last Great Quest            commissioned by Wales Millennium Centre (WMC), Cardiff, to mark centenary of Captain Scott’s last Antarctic expedition, inspired by Manchester historian Max Jones’s masterly study of the Edwardian age of explorer-heroes (The Last Great Quest, OUP 2004). Directed by Rebecca Gatward and produced by Conrad Lynch for the Ambassadors Theatre Group in association with WMC, The Last Great Quest will premiere in Cardiff in 2015, prior to UK and international touring

Childhood in Berlin             dramatisation of childhood memoirs of Max Neimann, written in collaboration with Julia Holden, scheduled for production in 2014 (http://childhoodinberlin.com/)

Jimmy – A Legacy Of Peace biography of Jimmy Mizen, written with Margaret Mizen, published May 2013 to national media acclaim, described by The Guardian’s Erwin James as “One of the most moving books I have ever read.”

Pick Of The Day in The Daily Telegraph & The Daily Mail

Pick Of The Day in The Guardian & The Daily Express

“Excellent … deserves the warmest of welcomes … Aristophanic vitality and ability to keep abreast of events … the strength of Dubya lies in its ability to blend manic comedy with passionate polemic.” (Michael Billington, The Guardian)

“Song and dance numbers, witty one-liners … fantastic piss-take … way too close to the bone … the comedy and current affairs crackle along like Carry On meets Kubrick … jabs and tickles the ribs and inflames indignation too … packs a powerful punch … comedy with smart gags that hit the target.” (Time Out)

“A welcome blast of light relief … a judicious mixture of puerility and intelligence, and delivered with refreshing splashes of song and dance … this oil-black comedy scores … direct hits.” (The Daily Telegraph)

“Political theatre at its best” (What’s On In London)

“Hits its targets with deadly accuracy … delightful in its frighteningly plausible absurdity.” (The Evening Standard)

“The shining exception is Justin Butcher … very funny … some of the best political satire around … incisive, funny and thought-provoking.” (British Theatre Guide)

“The torch was taken up by a young Oxford-educated writer-director, Justin Butcher, who was driven by indignation about the Iraq war to stage a trio of satirical revues all based on existing works. The first of them, The Madness Of George Dubya, was easily the most successful … Butcher shrewdly tapped into Britain’s oppositional mood and on the first night the audience cheered the play to the echo, as if relieved to hear someone say in public what they themselves believed in their hearts.” – Michael Billington, State Of The Nation – British Theatre Since 1945 (2007)

Pick Of The Day in The Guardian, The Times & The Daily Mail

“A modern classic: overwhelmingly intelligent … uproarious empowering of the older woman … very funny … witty, clever and comic … set[s] the stage alight and make[s] the atmosphere crackle with danger and sexual tension … as intelligent as it is hilarious.” ***** (The Scotsman)

“With an expert sense of verse and vulgarity, Butcher’s interpretation puts Liz Lochhead’s Thebans rather in the shade … genuinely sordid but always hilarious. Living proof that the Greeks will never be too old for today.” (The Daily Telegraph)

“A masterpiece of extraordinarily imaginative writing” (The Radio Times)

“This amazing production … offered something for everyone … kindness, a sense of humour, love of humanity … pain, anguish … wit, compassion and earthiness … You didn’t have to be a believer to get something from this production … its honest and imaginative portrayal of Christ’s last days on earth was both invigorating and entertaining.” (Oxford Times)

“There have been some moving passion plays in recent years … but none can surpass King Of Fools for energy, imagination and heart-rending power.” (The Tablet)